The local transport authority Nexus owns and operates the system, taking over from DB

Regio Tyne & Wear Limited, a subsidiary of Arriva UK Trains, in April 2017. Nexus will operate the line for two years until a new operating contract can be agreed.

The Tyne and Wear Metro was the first modern light rail system in the UK when it opened in 1980. It now has sixty stations on a 46-mile network that connects Newcastle Airport with South Hylton on the Green Line and St James with South Shields on the Yellow Line.

Investment will be targeted at preventing power faults, a train cab refurbishment programme and for extra staff at the Metro depot. The aim is to improve performance reliability on Metro by reducing train failures which can cause delays for passengers.

The money, which is additional to the existing fleet maintenance budget, will be spent over the rest of the current financial year and in the financial year ending March 2020.

Nexus has already secured £337 million of Government funding for a new Metro fleet of trains and it aims to have the first of the new trains in service by late 2021.

Part of the £337 million will go towards the projected £362 million cost of designing and building a new train fleet.  This and the ongoing maintenance of the fleet over 35 years makes the total contract value about £500 million.

In November 2018 Nexus won approval to build a temporary train maintenance depot in North Tyneside. The new depot, which is to be located on a former landfill site on Wallsend Road in Howdon, will be used as a maintenance facility for some of the current Metro fleet while the main Metro depot at South Gosforth in Newcastle is rebuilt. The temporary depot will also play a key role in the phased delivery of the new Metro fleet. 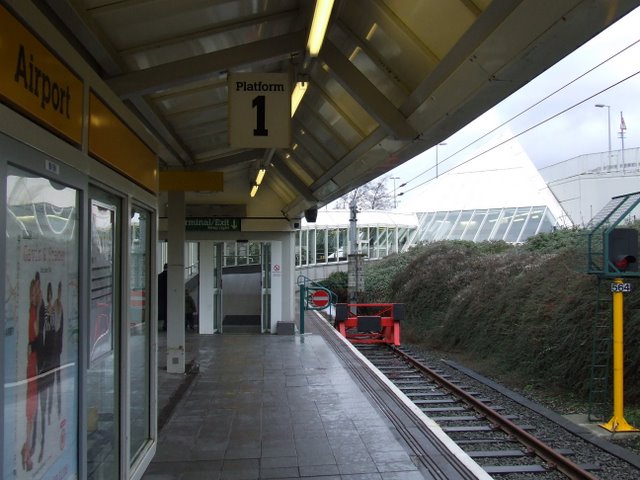 Newcastle Airport Metro station. Buffer stops at Platform 1 of the last station on the line. The airport is in the background
Photo: Thomas Nugent