Two years after its takeover by Serco, the Caledonian Sleeper was treated to a £150 million revamp

The Caledonian Sleeper connects London with a variety of destinations in Scotland. Departing London Euston twice nightly and arriving at Carstairs junction before splitting off with one end heading west to Glasgow and the other end carrying on north to Edinburgh. The line also services Motherwell and Dundee on the Lowland route.

From Edinburgh the Highland route carries on to Aberdeen, Fort William and Inverness. 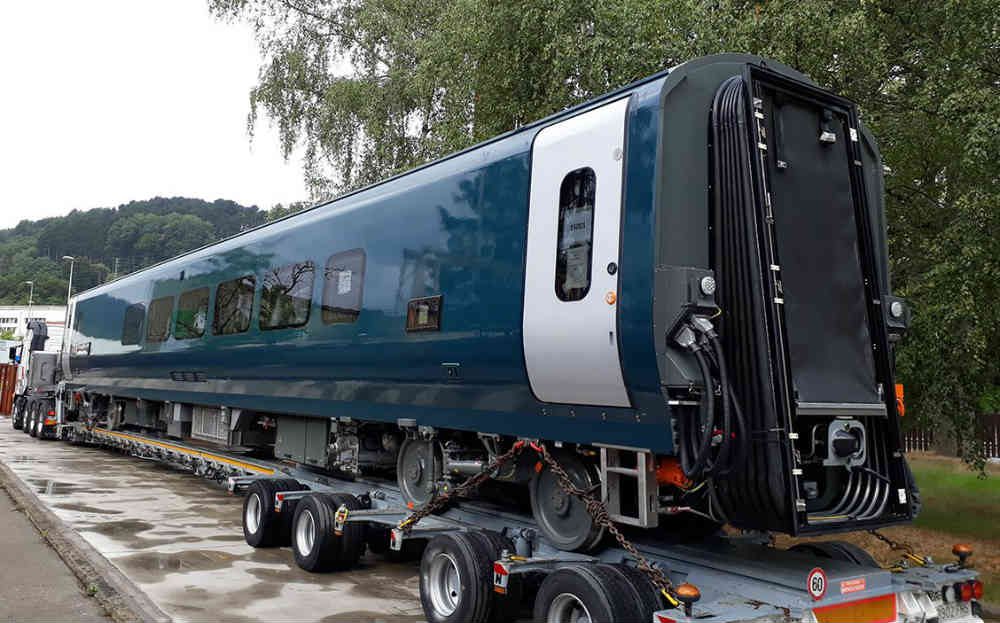 The revamp includes new facilities such as en-suite rooms and double beds which is a first for a UK train. This new investment comes courtesy of a £66 million capital grant from the Scottish government.

Serco operates the line on a 15-year franchise which will run until 2030. Spanish rolling stock company CAF began manufacturing the fleet in autumn 2015. Peter Strachan, then Chairman of Serco, has said its aim is to reestablish the Caledonian as ‘a symbol of Scotland’.

The new look trains will also feature club rooms, along with more comfortable seating and an increase in power sockets and Wi-Fi throughout the train. Other areas that will see improvements include the catering services which will be provided by three small and medium Scottish catering companies. Serco committed to spend an increasing percentage of its annual hospitality and catering budget on Scottish companies in its franchise bid. The bulk of the subsidy from the Scottish government is being spent on the trains, with £6 million earmarked for station enhancements.

Each of the 75 new carriages are transported one by one from the CAF factory to Hendaye station in France where they started their rail transit to the Velim Test Centre in the Czech Republic. The test centre operates two railway test rings and dynamic testing will last several weeks. Once these tests are successfully completed, the carriages will then be moved from Velim to Polmadie in Glasgow via the Channel Tunnel. 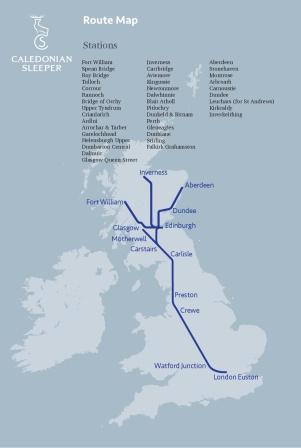 In 2015, the sleeper train service was named as one of Lonely Planet’s Super Sleeper Journeys and in 2014 it was named one of the best six railway adventures in the world by Travel magazine.

Both singled out the Highland route to Fort William, known as The Deerstalker, as ‘one of the world’s most unforgettable train adventures’ and that it ‘isn’t a train ride, it’s an escape’. During 2017 Forbes, CNN and guide book producer Rough Guides all sent writers to review the sleeper train in anticipation of the launch. Serco has also previewed some of the flashier elements the new trains will feature, such as a hotel-style key card entry system. The Guest Service Centre in Inverness and fine dining coupled with a selection of wine and beer, again mostly from local Scottish suppliers, complete the new look experience.

Caledonian Sleeper is working with accessibility experts to provide berths and toilet facilities suitable for guests with disability or mobility impairments, including the provision of a second bed for a travelling companion.

The operator has also published a protection policy document that enables passengers with mobility problems to book passenger assist services, including guidance for blind or visually-impaired passengers and help with boarding and alighting trains.