Hull Trains operates long-distance services between Hull/Beverley and London King’s Cross. It is owned by FirstGroup

When the UK’s smallest open access operator launched in 2000, it ran just three services and served just 80,000 passengers in its first year. Embedding Hull’s community values into its customer service and building a strong relationship with its customers, Hull Trains now runs more than ninety services a week, carrying over one million passengers a year between London King’s Cross and Beverley, East Yorkshire.

A customer-focused ethos has been key to the success of Hull Trains – consistently demonstrating values which has seen it ranked highly among customers and winning awards along the way. In 2017, Hull Trains became the first East Coast Mainline rail operator to be awarded Gold Standard Investors in People status in recognition of its excellent working environment.

New trains on the horizon

In December 2019, Hull Trains will introduce a new fleet of trains to replace its current rolling stock in a major £60 million investment, increasing seating capacity. The investment will include five bi-modal Hitachi intercity Class 802s – built to generate faster speeds to reduce journey times and operate on diesel during unelectrified stretches of track in Yorkshire.

The nature of these trains mean that the operator can continue to run trains where overhead wires have been damaged. The trains are also more environmentally friendly; they reduce harmful emissions by up to ninety per cent compared to other trains currently using the East Coast Mainline.

Hull Trains is renowned for encouraging career progression within its team. Many of its team have worked their way up through the rail industry to be in the roles they are today. The operator invests in training its people in bespoke sessions which aim to further enhance service.

Hull Trains is proud that 52 per cent of its staff are female, including nine train drivers and 13 on-board managers. This is in contrast to the rest of the rail industry, where only 16 per cent of roles are filled by women.

The executive board also has an equal gender split, and Louise Cheeseman is currently the only female managing director of a train operating company in the UK.

Hull Trains’ unique personable feel is evident through everyone working closely and intuitively together to ensure customers enjoy a high standard of service.

As a result, journeys are increasing and Hull Trains continues to focus on innovation, people, market leadership and customer service to further increase passenger numbers and improve the customer experience. 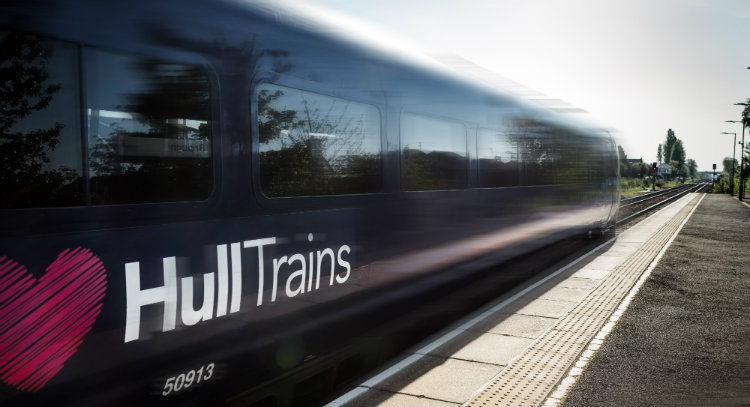