Greater Manchester is one of the country’s most successful city-regions. Home to more than 2.7 million people and with an economy larger than Wales or Northern Ireland 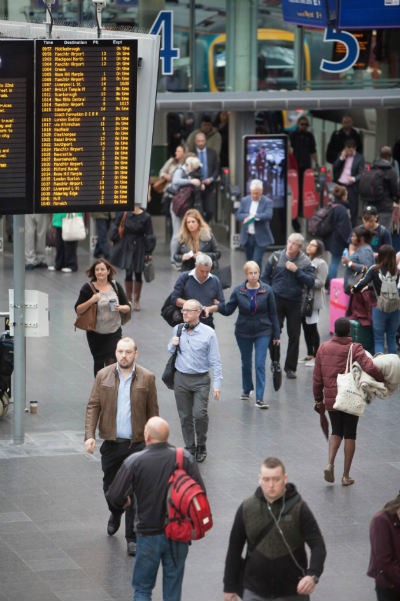 The Greater Manchester Combined Authority came into force on 1st April 2011 and over the following years, several devolution agreements were signed between Government and the GMCA.

These agreements brought new powers and responsibilities to the region, including transport. To deliver these devolution agreements, it was decided that Greater Manchester should have an elected Mayor to act as a directly elected point of accountability for the GMCA.

The ten Greater Manchester councils that make up the GMCA are the council districts of Bolton, Bury, Manchester, Oldham, Rochdale, Salford, Stockport, Tameside, Trafford and Wigan. The GMCA is run jointly by the leaders of the ten councils and the Mayor of Greater Manchester, Andy Burnham.

The GMCA has monthly meetings which rotate around Greater Manchester’s ten districts, with the meetings being live-streamed on the GMCA website.

Functional executive bodies, such as Transport for Greater Manchester (TfGM), are responsible for the delivery of services with the Transport for Greater Manchester Committee (TfGMC) and its sub committees managing the TfGM and creating the transport policy on behalf of the GMCA, however some decisions still require approval by the GMCA. TfGM delivers the GMCA’s transport policies, by coordinating transport networks across the region, deciding where to invest transport funding, and owning and running the Metrolink tram service.

There are seven lines and 93 stops in the Metrolink tram network and there are more on the way with the Second City Crossing through Manchester city centre and a planned extension to the Trafford Centre.

TfGM is a key partner in Rail North and Transport for the North.