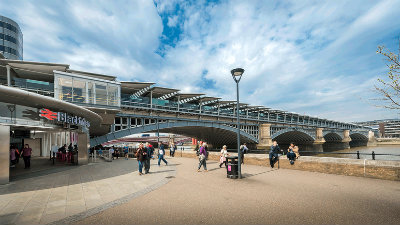 Since foundation in the 1980s, Go-Ahead has transformed from a small bus operator in northeast England to a FTSE 250 company. It employs 28,000 people in the UK and overseas, who work hard to deliver safe, reliable and value-for-money services for passengers.

Go-Ahead has a devolved approach to the management of its bus and train operating companies. They are run autonomously, are locally-branded, and the management teams are empowered to respond directly to the needs of the local communities they serve. Working in this way ensures Go-Ahead retains strong local expertise and can focus on the needs of customers and adapt quickly to changing conditions in local markets.

It is the largest operator of bus services in London, running around a quarter of London’s buses and outside of London, its regional bus services account for around eleven per cent of the UK market. Go-Ahead also runs bus services in Singapore and began running services in Ireland in 2018.

Go-Ahead’s UK rail operation (Govia) is a joint venture between Go-Ahead (65 per cent) and Keolis (35 per cent).

In the years since the privatisation of rail operations, Go-Ahead’s rail division has delivered profitability, strong cash flow and good returns on capital; and continues to do so.

It is the largest and busiest single rail franchise in the UK: in terms of passenger numbers (around 25 per cent of all train passenger journeys), trains, revenue and staff (6,500 people employed).

The franchise encompasses King’s Lynn in the north and Brighton in the south, serving London as well as several important regional centres including Cambridge, Luton, Peterborough, Portsmouth and Southampton. It also provides direct links to major airports (Gatwick and Luton) as well as St Pancras International.

The Southeastern franchise was won in 2006 and in its first year the franchise achieved the largest ever improvement in customer satisfaction of any UK rail operator. The six-year franchise was extended twice. The first time until 2014 and then again until 2018.

Outside of the UK Go-Ahead are currently mobilising four rail contracts in Germany, one in Norway and one in Australia.