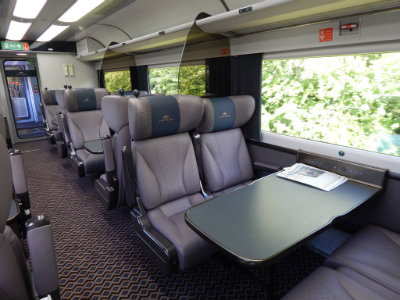 First is an experienced operator of all types of passenger railways – intercity, commuter, regional and sleeper services and as one of the most experienced operators in the UK. First have proposed and delivered over £650 million capital investment into the franchises since 2006. Since they began running rail operations, they have introduced more than 740 additional vehicles across various franchises, which has also led to the creation of new depot facilities and jobs.

The customer app for First operating companies has been downloaded more than one million times; First is working with councils to introduce smart ticketing and has led one of the largest roll outs of free Wi-Fi on the UK rail network.

The third TOC owned by First Group is South Western Railway, which the Group owns in a 70/30 share with MTR. South Western Railway operates almost 1,700 services per day across the network, providing commuter, inter-urban, regional and long-distance services to passengers in south west London and southern counties of England, as well as Island Line services on the Isle of Wight.

First operates the Tramlink service on behalf of Transport for London and the Heathrow Connect service with Heathrow Airport. It also operates Hull Trains and has track access rights to operate the service until 2029.