Edinburgh Trams began operating in May 2014, achieving profitability in 2016 which was a full two years ahead of schedule

During its first year of service the network carried nearly five million passengers – more than 360,000 ahead of its prelaunch target. This had grown to almost 5.5 million by its second year which contributed to the TOC making a profit so soon.

Edinburgh Trams’ 8.7 mile network has 16 stops that stretch from Edinburgh Airport in the west to York Place in the east.

Towards the end of 2017 the City of Edinburgh Council began tendering for contracts to extend the route from its current city centre terminus at York Place to Leith and Newhaven. The proposal currently being considered would extend the route by 2.8 miles at a cost of £165 million.

The cost is justified by an ambitious prediction that ridership will double and reach 14 million in the opening year of the extension. A report conducted by Edinburgh trams in August 2017 suggested that for every £1 spent the city would see a return of £1.64.

Transport Convener Councillor Lesley Macinnes said at the time of the report being published: ‘Given the experience of the last tram project, we’re acutely aware of the need to scrutinise this business case as rigorously as we possibly can – residents deserve nothing less. We won’t take any decision on completing the line to Newhaven until we are a hundred per cent confident that the project can be delivered, financed and managed effectively.’

The plans are not set in stone however, with a decision on whether the city will proceed with the extension to come in the Spring of 2019.

Regular users of trams and buses in the city can use the Ridacard, which gives the best value travel whenever it’s used. Fully contactless, one-week, four-week and annual tickets can be stored on the card, with the latter two offering savings on the weekly rate.

Passengers are also able to use their smartphones for travel by using Edinburgh Trams’ free app. It provides users with live information on the quickest way to reach their destination and enables m-tickets to be downloaded and activated as needed.

A new feature was added to the app in November 2015 that for the first time allowed users to ‘share’ tickets, so tickets can be sent through the smartphone’s native sharing technology such as Bluetooth, AirDrop, e-mail, social media or text.

Edinburgh Trams, and its sister company Lothian Buses, also partnered with Google Maps from the beginning of 2016 to provide real-time travel information.

Figures released at the start of 2019 showed over 7.3 million customer journeys were recorded in 2018. Representing an increase of ten per cent on 2017. Edinburgh Trams has been able to increase capacity throughout the year by introducing additional trams as ‘queue buster’ services during morning and evening peaks seeing trams running from every three minutes.

On 7th January 2019, following a review of The Operating Agreement, the City of Edinburgh Council agreed to begin the process of transferring responsibility for maintaining tram vehicles and infrastructure to the Operator. This will see Edinburgh Trams assume these responsibilities and costs in the course of 2019.

The new arrangements will enable Edinburgh Trams to improve value for money, by directly managing contracts for vehicles, infrastructure and systems. The Operator will pay the Council an £8.5 million annual asset fee for use of the trams, tram infrastructure, track and tram depot.

Councillors are expected to make a final decision on whether or not to proceed with the Trams to Newhaven project in March 2019. If approved, it is expected to record over 14 million customer journeys in its first year. 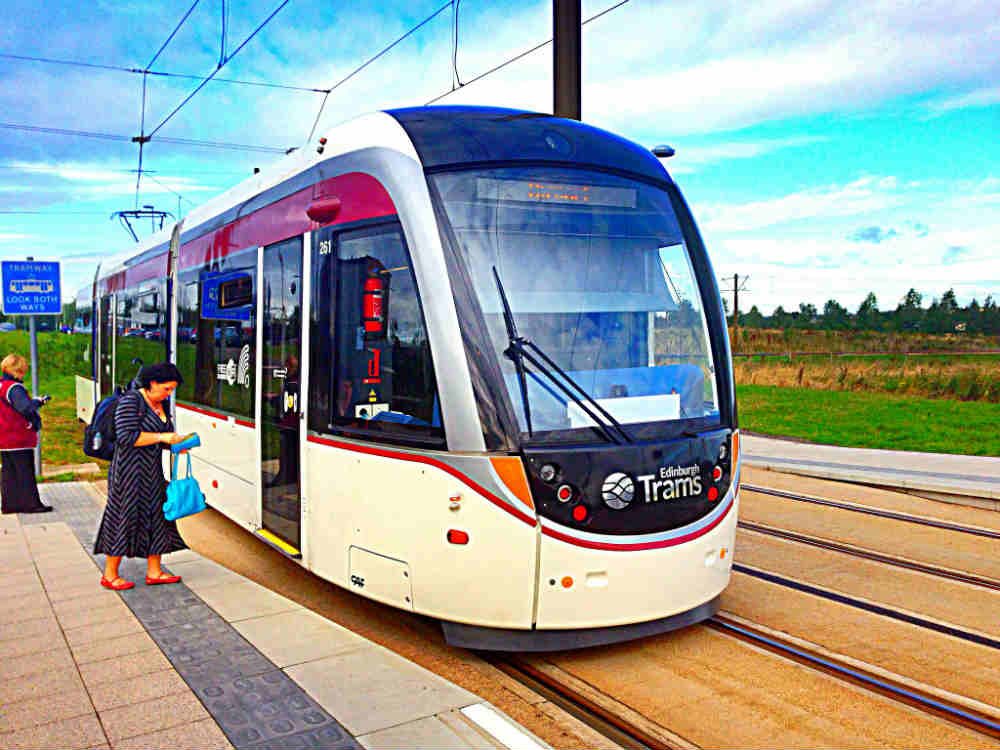