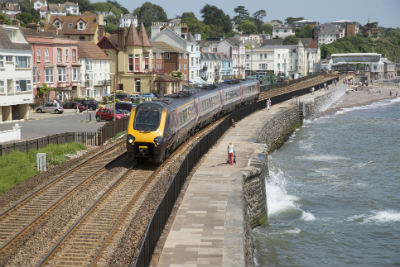 The Department for Transport’s (DfT) focus is to: ‘create a safe, secure, efficient and reliable transport system that works for the people who depend on it; supporting a strong, productive economy and the jobs and homes people need.’

The Department for Transport’s role is to provide strategic direction and funding to the railways in England and Wales, as well as to procure rail franchises and projects. The Department’s work is directed and overseen by the Secretary of State for Transport, at present Chris Grayling, and his Ministerial team which is made up of four MPs.

The Minister of State Jesse Norman and Parliamentary Undersecretary Andrew Jones are both directly involved in rail.

The DfT Rail Group is a single, integrated section of the DfT. Its role is to provide strategic direction and funding to the railways in England and Wales, as well as to procure rail franchises and projects.

Passenger Services is divided into Director Franchise Markets, Policy, Operations and Change, Programme & Procurement Excellence. All of these areas have their own task force headed up by different members of the Rail Group.

The Rail Group’s objectives are to ensure the delivery of improved operational and financial performance, and safety, on the railway. It is also tasked with securing appropriate rail passenger services at an acceptable price through effective specification and procurement.

The Group develops and delivers a robust, affordable and sustainable strategy for the development of the railway that supports wider transport objectives and ensures the cost-effective and timely delivery of major rail projects.

The Scottish Government takes responsibility for all of the above in Scotland.

The review — the most significant since privatisation — will consider ambitious recommendations for reform. The review will be led by Independent Chair Keith Williams, the former British Airways Chief Executive and Deputy Chairman of John Lewis Partnership and will build on the Government’s franchising strategy and consider regional partnerships and how innovation can be used to improve services and value for money for passengers.

Network Rail is a private sector ‘not for dividend’ company, regulated by the Office of Rail and Road. It owns, operates, maintains and develops Britain’s railway and is responsible for ensuring that the railway is safe and reliable. The Secretary of State for Transport is accountable to Parliament for the activities and performance of Network Rail.

A framework agreement published in September 2014 stipulates that the Secretary of State has the power to appoint and dismiss the Chair of Network Rail and approve the board’s suggested candidate for Chief Executive. The Secretary of State also determines the Rail Investment Strategy and Statement of Funds Available which contain the Government’s plans for investment on the network.

The East West Railway Company (EWRC) is a non-departmental public arm’s length body set up by the Government to accelerate the East West Rail project – a new rail link between Cambridge and Oxford. EWRC works with the Department for Transport.

The Rail Accident Investigation Branch (RAIB) works with the DfT but independently investigates accidents to improve railway safety and inform the industry and the public.