Abellio has been operating successfully in the UK for over ten years, it is the second largest rail company in the UK, operating four rail franchises 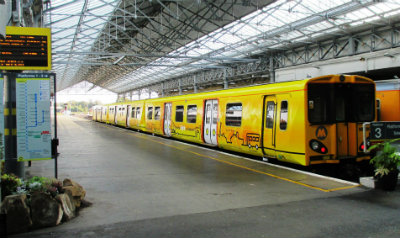 Abellio was founded by NS as NedRailways in 2002 to take advantage of the liberalisation of the European transport sector. In 2003, a 25-year franchise to operate Merseyrail was won in a joint venture with Serco. Northern Rail followed in 2004 – won by the same joint venture. The Northern Rail franchise ended in 2016.

In 2009, NedRailways was rebranded to Abellio after the purchase of Abellio Deutschland. This acquisition also meant the expansion from an owning group with two UK rail franchises to a European public transport company. In the same year, first steps into the London bus market were made by buying London Bus from National Express. The first solo UK rail franchise was won in 2012 by winning Greater Anglia.

Furthermore, five rail bids in Germany turned out successfully and Qbuzz in The Netherlands was acquired. Continuation in the European market was formally approved by the Dutch Cabinet in March 2014 with the Long-Term Rail Agenda – a 15-year strategy proposed by the Dutch Ministry of Infrastructure and the Environment, and the Ministry of Finance.

Abellio secured the new East Anglia franchise in 2016 which will run up to 2025. The franchise is now run in partnership with Mitsui & Co. 2016 also saw the start of German operations, in North Rhine Westphalia and Mitteldeutschland.

In August 2017, West Midlands Trains was announced as the winning bidder to run the next West Midlands rail franchise. The franchise, running under two separate brands London Northwestern Railway and West Midlands Railway, commenced on 10th December 2017. WMT is a joint venture, owned by Abellio and its partners for the bid, Mitsui and East Japan Railway Company (JR East).

The same year, Qbuzz was sold to Busitalia, meaning that Abellio now focuses on the UK and Germany. In December 2017, Abellio Deutschland became the sole shareholder of WestfalenBahn, adding it to the German portfolio.

An example of this is the new Bike&Go scheme. Based on a hugely successful Dutch scheme called OV Fiets, Bike&Go is the UK’s first fully integrated cycle hire scheme for train stations.

The scheme was adapted for the UK market and has now rolled it out at almost 50 stations across the Abellio UK franchises. Abellio believes schemes like this are very important to passengers, who travel from door to door, rather than from station to station.