Women in Rail is delighted to announce the appointment of its new Chair, Christine Fernandes, and Vice Chair, Shona Clive.

Shona Clive is project lead of the rail cluster project at Scottish Engineering and is the current Chair of the Women in Rail Scotland Regional Group, which she has been leading since May 2018.

Both Christine and Shona will officially be taking on their respective new Chair and Vice Chair roles on 1st October when Adeline Ginn MBE, founder of the charity, officially steps down.

Christine Fernandes said, “Adeline has left a great legacy for me to build-on. The responsibility to guide and lead Women in Rail into the next chapter of its development is certainly a great privilege. I look forward to the challenge and opportunity to shape and influence the future, even more so in the times of change within the industry and world post-covid.” 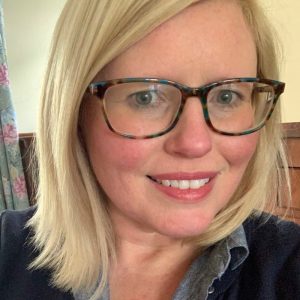 Shona Clive said, “It’s a real honour to be appointed as Vice Chair of Women in Rail, an organisation I have been part of since 2018 and whose values I share.  I’m really looking forward to supporting Christine and continuing the incredible work that Adeline has led over the past eight years.  With one of the aims of GB Railways being to create a more inclusive and diverse workforce, what an exciting time of big change and opportunity to help improve gender balance and diversity across the rail sector.”

Adeline Ginn MBE, Founder and outgoing Chair for Women in Rail commented, “I am delighted the Trustees have appointed Christine and Shona as the new Chair and Vice Chair of Women in Rail. This is in line with the charity’s commitment to support the progression of female talent within the Women in Rail team and the industry.

“I am confident that with the trustees’ support of Christine and Shona at the helm, Women in Rail will continue to thrive and prosper long into the future.”