What is a ‘Safety Culture’ anyway?

Previous Next
What is a ‘Safety Culture’ anyway?

On the surface, a ‘Safety Culture’ doesn’t sound like something to court controversy. So, why do so many people have widely different opinions on it? 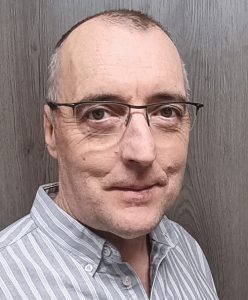 What is a safety culture and what is its value to organisations? In this first of a three-part series of discussions, Russell Keir, Vice Chair of the Railway Group at the Institution of Safety and Health (IOSH) together with the RSSB’s Paul Leach, take a less than scientific view of the subject to stoke the fires, invite opinion and identify challenges, controversial or otherwise, on what a safety culture is or should be.

We started by doing what many other people do to find out more about a safety culture and searched the internet. Having read and considered a number of definitions, the definition provided by the Health and Safety Laboratory (HSL) seemed appropriate:

‘Safety culture is a combination of the attitudes, values, and perceptions that influence how something is actually done in the workplace, rather than how it should be done.’

The definition added: ‘Poor safety culture has contributed to many major incidents and personal injuries and can be just as influential on safety outcomes as an organisation’s safety management system itself’.

The simple answer is yes – or is it? The point is that safety culture is a complex concept and many things will influence its evolution. There can be both positive and negative influences. Over time, a culture may develop out of the decisions that proved to be successful or unsuccessful, and the reasoning or perceived reasoning behind them becomes embedded into ‘the way we do things around here’ and ‘what people do when no one is looking’. Hopefully, these reflect the positive influences, but this is not always the case.

A culture will evolve whether it is managed or not. However, the key question to consider is, ‘is it a safe culture?’ How do we know it is? and, how can we influence its propagation? For an organisation to have a ‘safe culture’, it needs to decide what ‘safe’ looks like and share that vision with everyone in the organisation. This should set the ‘safety’ expectations.

However, organisations need to go further and ensure that their leaders, managers, and staff have a fundamental understanding of how to think about safety risk, the role they play and be able and willing to make informed decisions, and not necessarily continue doing what they have always done.

Most people understand that safety management is about having arrangements in place to control health and safety risks. However, is the reasoning for having these arrangements clear and fully understood (throughout the organisation)? More importantly, do staff believe these arrangements will keep them safe and will they comply with them? These are the thoughts that should trigger consideration of how good the safety culture is.

The rail industry is no exception in producing guidance and tools to improve understanding of what a safety culture is and what can be done to improve it.

The Office of Rail & Road (ORR) has published its strategic risk chapter on ‘Leadership & Culture’ on its website. It reports: ‘A positive culture is a key ‘enabler’, as it can further reduce the likelihood of a dangerous occurrence and make compliance with health and safety legislation much more likely as it promotes a willingness to think and do things in a healthy and safe way.’

The document goes on to discuss where it expects the industry to improve its safety culture, by promoting a learning approach to create and maintain an effective culture, where the leaders regularly review health and safety performance and are able to take prompt action to prevent accidents and occupational ill health. The ORR also promotes the use of its Risk Management Maturity Model (RM3) as a tool for assessing an organisation’s ability to successfully manage health and safety risks, identify areas for improvement and provide a benchmark to drive improvement. Each criterion includes a positive safety culture statement. Criterion ‘OC6 Organisational Culture’ gives some background to what organisational culture is and details ‘seven attributes of an integrated Health and Safety Culture’.

The purpose of the ‘culture’ criterion in RM3-2019 was not to produce empirical information on culture but to give an indication of potential issues that could then be pursued in more detail. As the saying goes, other brands are available.

The Railway Safety & Standards Board (RSSB) has produced a number of resources to help rail organisations develop their culture. The ‘Safety Culture Tool Kit’, a self-assessment tool, allows organisations to assess their safety culture and determine areas for improvement. More recently, RSSB has produced several guidance documents on the concept of fair culture, which is built around three core principles:

A model by RSSB depicting the elements of a fair culture.

The European Union Agency for Railways (ERA) has published its ‘Safety Culture Model’. It is a conceptual and evaluation framework which allows the user to assess safety culture and identify areas for improvement. The model is made up of three building blocks:

The aviation industry has developed an inter-organisational approach to safety culture, called the Safety Culture Stack. It was noticed by an Air Navigation Service Provider (ANSP) that there were risks over which it had limited control. This was because risk management depended on other aviation partners operating within an airport environment. These shared risks were effectively safety ‘blind spots’, as the organisations were not necessarily aware of the risk they were creating or ‘exporting’ to others.

In a rail context, consider a large station with several train operators, infrastructure services and maintainers, retailers and other users of the station. All will contribute to the safe running of the station and all will likely have safety ‘blind spots’. The Future Sky Safety Joint Research Programme on Safety, initiated by the association of European Research Establishments in Aeronautics (EREA), believed that if stakeholders could work collaboratively, using the same safety culture approach, this would enable a higher-level evaluation of safety culture and a more robust set of development actions. The study concluded: ‘The Safety Culture Stack approach has shown the benefits of multiple safety culture surveys in a single airport location followed by collaborative safety culture work.’

The Stack approach allows organisations to learn from each other and helps to overcome safety ‘blind-spots’ at organisational interfaces. Moreover, the approach shows how safety culture, often seen as indirectly relevant to safety and even as too vague a concept to be operationally relevant, can lead to concrete safety changes, enhanced collaboration for safety, and heightened safety awareness across the aviation spectrum.

The goals are to:

Leadership and the safety culture

It would be easy to focus on failures in a safety culture. The Railway Accident Investigation Branch (RAIB) continues to identify them in their investigations. However, a positive safety culture requires leadership, which must permeate from the very top and through an organisation without being obstructed by a ‘bottleneck’ stifling, slowing or even changing the direction and growth of the safety culture. There are positive examples, which do not get the prominence they deserve; perhaps it is because these organisations have the leadership and safety culture that prevents accidents in the first place.

In 2013, the International Association of Oil and Gas Producers (OGP) report 452, ‘Shaping safety culture through safety leadership’ stated: ‘A manager’s style of leadership and visible demonstration of their commitment to safety through actions is important in shaping the organisation’s culture. Improving safety culture requires determination and stamina. Long-term focus, commitment, and a willingness to ‘walk the talk’ are more influential than campaigns and posters.’

We have the models, the research and, hopefully, the application, or do we? Are existing models and approaches useful and usable for organisations? Or do we need something else? What do you think? We’d welcome your opinion to help shape the next article in this series. Send your views to: [email protected]